Re: New kid on the block

By the way, Keith won and Adrian was second! However it was a close run finish as that little Sprite with its Italian druiver was all over them like a rash - until he spun off (again) on the last lap! An XK 140 (lightweight coupe) was third.

Now it would be interesting to see the FIA Homologation papers for the SLRs!

Re: New kid on the block

You're correct the Triumph TR-based car was also in the race at Goodwood but suffered problems toward the end and dropped back.

The Triumph car is shorter by 4" according to Lawrence and the difference is accomodated in the SLR bodies ahead of the windscreen and in the bonnet - resulting in, as you say, a shorter squarer look. A Leigh Sebba picture of the Triumph car below. I believe Mike Duncan of Heart of England Morgans once had an option to sell it after it was re-discovered in the early 80s, which is when I think Tony Griffin bought it.

As for the widened arches/wheels a number of the SLRs ran them in period (see http link below).

As you can tell these cars are becoming something of a specialist subject for me, so much so that I'm begining to think about writing a history...

Ome other thing, the picture in all the Morgan books showing the sleek Morgan SLR on Ealing common......is I believe a Triumph

Hope you all don't mind, but I've changed the topic heading to something more appropriate. Simon OG will forever be "the new kid on the block"!!

Here's a shot of Keiths car when it was owned by Tony Howard - the event is the Birkett 6 Hour at S'stone 18th Oct 2001. I remember it well as I demolished my SS on the inside armco at Copse....don't ask!!!!

That's Pete Mountain testing the thickness of the SLR's ali. I doubt I can add anything much to the discussion of SLR's, but you know me, can't resist sticking my oar in somewhere, so ......

I notice that the reg number of the TR car is SAH, which are/were the initials of that well known TR racer and preparation specialist of the fifities and sixties, Sid Hurrell. Could there be any connection, or is it just co-incidence?

Over to you Mark.

Bob - your oar is always welcome.

John Dangerfield's TR4 that became the SLR was his road/race car and had a number that was ex-Sid Hurrell. It's pleasing that the car carries its original number.

The following was posted by John Dangerfield on the TR forums talking about the Triumph SLR.


I bought Sid Hurrell's very successful TR3A, SAH 137, in 1960. It doubled as my road/race car for '60 & '61. I then sold it and bought a new TR4 from Hurrell who prepared it for track as well as road use with SAH 137 being transferred from the TR3A. This was campaigned around the English circuits in '62 & '63. I also drove the TR4 down to Monza, raced it for 3 hours in the supporting event for the Italian GP, came 2nd in class, won £85 and drove it back to London. The prize money just about covered the cost of the venture! At the end of that season Chris Lawrence, who was now preparing the TR4, John Sprinzel and I sat down to think about 1964. The decision taken was to remove the TR4 body and replace with a low line aluminium body, designed by Chris Spender, built by Williams and Pritchard and which first appeared at the Racing Car Show in '64.

SAH were of course local to us at Leighton Buzzard (I think).

Hi folks - let me start with a confession..... I have only just realised that I should have an interest in parts of brakehorsepower other than the Morgan Challenge.....in particular, that the SLR might get comments under the +4 heading

Hence the rather delayed response to the postings!

thank you for some lovely comments about this most beautiful car. She (and the car is a she - too beautiful to be anything else) has been so carefully restored that i am sure she is even better than when new. 45 years of hard work and (ab)use has been remedied while keeping as much of the original car as possible, which includes even the chassis.

the biggest debate was what colour to go for. in her life the car has been blue, black, green and red. we finally concluded that red was right as red accounted for over 2/3 of the car's life. but what shade? that which we finally chose was found by pure accident when we were giving up finding one which worked for us. you need to see the car in the flesh on a nice day to judge how well it works.

the debate now is when to race her (I wanted to say whether but Kate says it's When......). advice and guidance welcome, as always!

Any race Simon!!! Please let us know which race and the +4s will all come out and form a protective net from those minor marques. Something like this:

You would be welcomed with OPEN ARMS at the Jim Tucker Race at Brands. Let John Clarke or myself know. Are you in touch with John Atkins, a good friend of mine?
All the best,
Guy Loveridge
Top

You would be welcomed with OPEN ARMS at the Jim Tucker Race at Brands. Let John Clarke or myself know. Are you in touch with John Atkins, a good friend of mine?
All the best,
Guy Loveridge

might be very interested though it will depend on the whole race calendar which we are just trying to sort out now!

You would be welcomed with OPEN ARMS at the Jim Tucker Race at Brands. Let John Clarke or myself know.

Quite happy to help but probably know little more than anyone else - suggest you contact Guy in the first instance either through private messages or directly to Guy's personal email. Lets hope that Simon, Keith and Adrian can bring out all the SLRs - wouldn't that be great?
Top

Twelve years and not a peep out of anyone, a little updating is required, methinks. One has changed hands since the previous post, history need recording for posterity.

Where are all the anoraks?
Ace Photograp…… you know!
Regards
Top

A superb effort by Billy driving Keith's SLR at the 78th Members meeting. 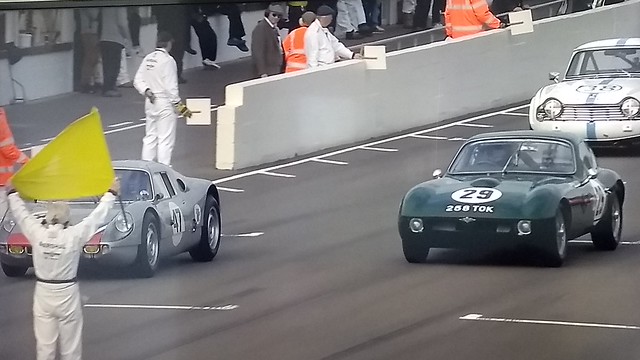 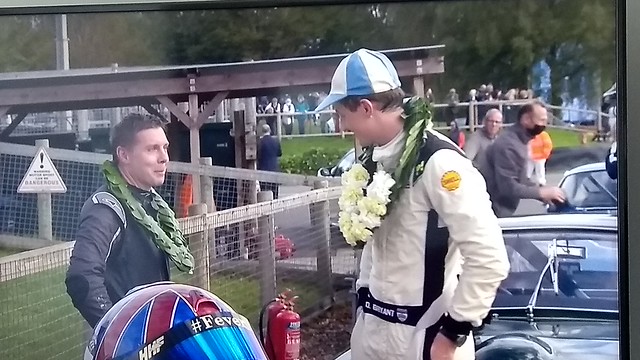 Billie and Ollie congratulate each other