For races and drivers in mainland Europe
Post Reply
24 posts

From Simon King "all cars running wel...getting stuck into anything throgh the the bends and making up places, only then to concede again on straights. Having fun!!......We made a mistake in out first race and missed the pit window so got docked a lap..." 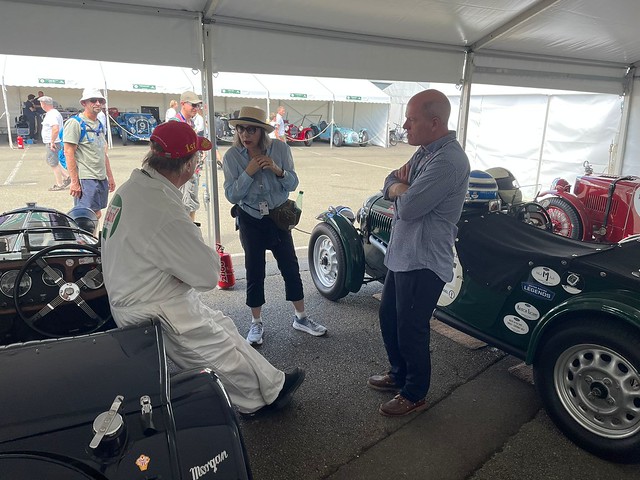 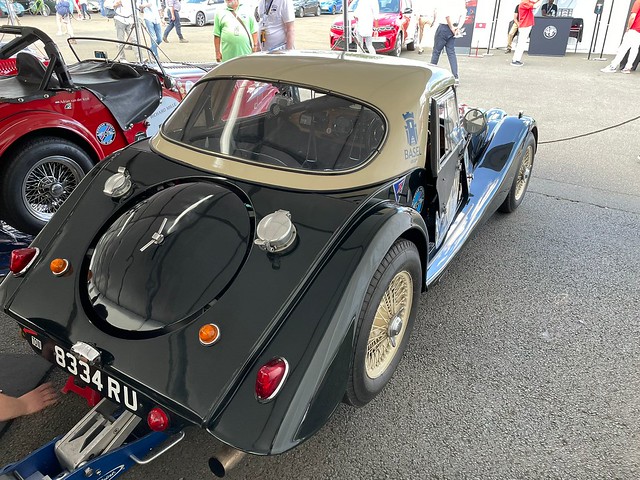 Rear of RU AVdK must be sick of the sight of it!

Then Jochem Kentgens on the same lap All the above completed 7 laps. Rogeon completed 4 laps and kivlochan 1 lap. 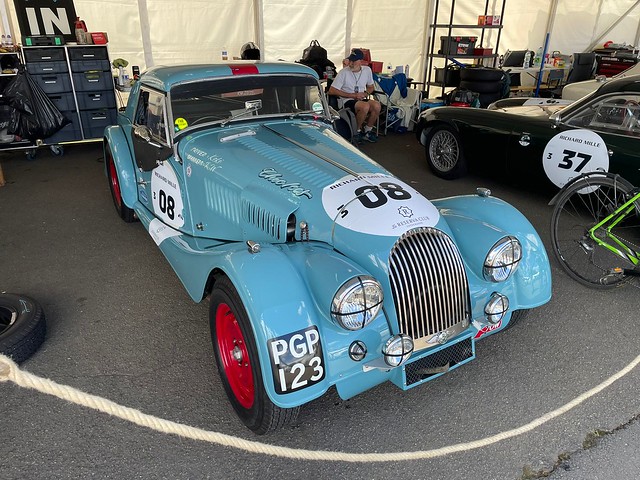 Beautiful sunlight for the final race and all the Morgans running well. The result was Simon, Leigh and Sharlie all completing 6 laps.

On the index of performance they were placed in the same order 17th 18th and 20th. Fantastic result with a special hats off to Brian Gateson who built and kept them all going for 24 hours (and more!) 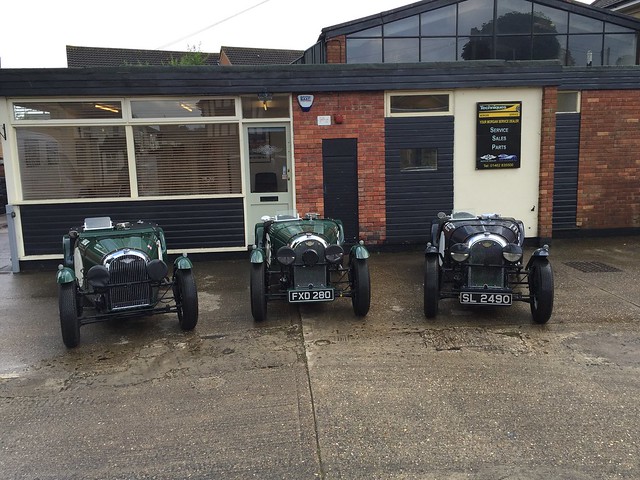 Leigh was concentrating on collecting plaudits for FXD and was unplaced!

Mark and Richard were placed 31st overall having completed 20 laps.

On index they were placed 33rd. Mark texted me to say they had won a cup! (for what I am yet to hear?). Well done.

It will be of little surprise that John E in RU was the 1st +4 home with 23 laps completed and placed 14th overall, Adrian VdK was 15th and Simon OG 17th, Jochem Kentgens was placed 24th also completing 23 laps, a great result when he didn't think he was accepted into LMC. Rigeon was credited with 11 laps and Kivlochan with 10. 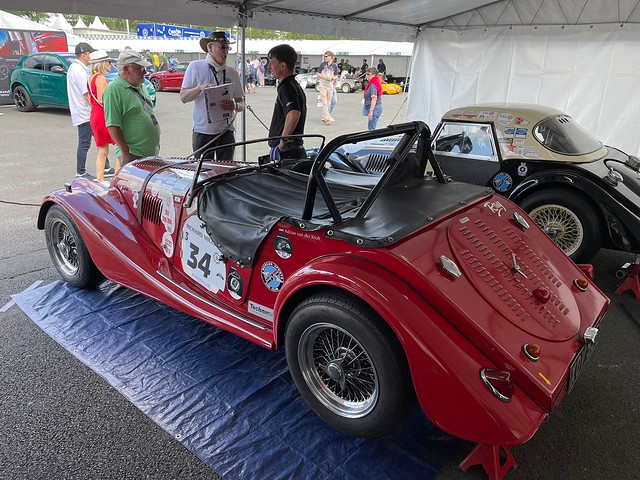 XOV a worthy 2nd to RU but 1st on the Index

Post Script. the Deep Sandersons were present but race result is unknown 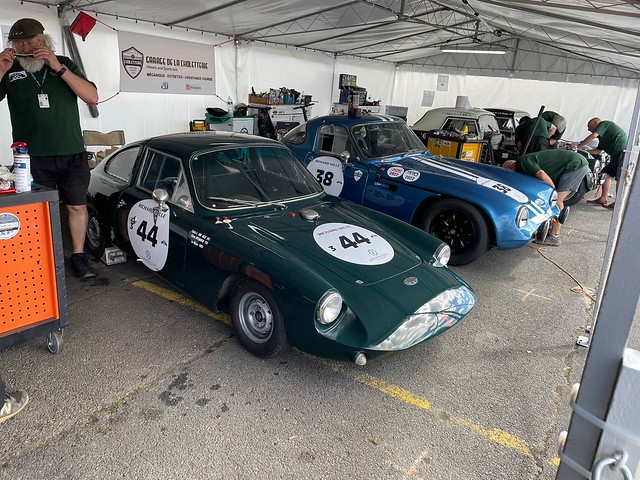 A great weekend by all.

Fantastic to see the Deep Sanderson as well. I hope the car performed!!

Le Mans Classic - What a weekend!

We did the night practice session and the qualifying session - 40th out of 76. and then the waiting started…. Were there official drop outs….? Could we start…? A lot of cars in the paddock seemed to have too many issues to start… No news, nobody could give us info… so we went to the pre grid with the car, overalls, helmets, ready to go. Non messieurs, no racing…. Long story short; after some phone calls and a lot of French shouting and running around, we were let on to the pre grid, but there was not enough time to change the order and put us in our 40th position.

So I started the night race in 78th (and last) position, next to me a Lola Mk1 that was number 4 on the reserve list and experienced the same frustrating procedure.

Managed to go from 78th and last to 37th in race 1. Then 27th in race 2 and after all three races we were 24th overal, not too bad considering the course of events.

What did not help was our short 4.1 dif - great for most circuits but not for Le Mans. We ran out of revs on the straights - meaning continous lifting at 6,800 revs… down to 6,000 and then full throttle towards 6,800 again. 8 to 10 times per lap…. Doesnt help the lap times. We were some 7 to 8 seconds per lap slower than the quick plus fours - John Emberson, Adrien and Simon. The other 3 Morgans we could keep behind. Loved Choc Ices by the way, driven spectacularly.

What a weekend, What an atmosphere, what a mega crowd and what a support from Morgan people from all around Europe. We loved it!

Will arange a longer dif and we will be back!
Top 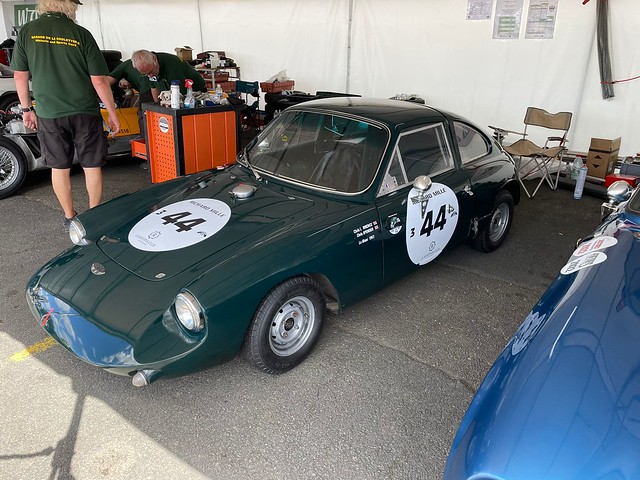 Still catching up on sleep and unpacking and on BHP.

Thanks for all this interest. Yes my pre war car went very well and on the last race I got back down towards the times of the old days. Conversely the Plateau 2 car was constantly having problems.

John – you were there at the first (2002) and you instigated the interest in pre war Morgans at LM so thanks are due to you for getting us into all of this !
Top

First few minutes has an interview with Sharlie, after that very few highlights but stick it out to the end and Mark's flat rad +4 has 2 seconds on film.

Blink and you'll miss it!

Jonny and I raced KUY 475 at Castle Combe with FISCAR in the Autumn Meeting.

There were four Morgan Plus 4's although we were the only Flat rad.

We were second in class behind Richard Thorne but (Jonny) posted the fastest lap time of all the Morgans!

Morgans won the Inter Marque victory and Jonny and I won the Annual Class Award.

Looking forward to next season already!

Hope all is well with you and yours...

Return to “Racing in Europe”