Still no fathers and sons have qualified on the front row and finished 1-2 in the race.

These postings make me think this is very special indeed.

In the 70s Roadsports race at Silverstone, William and Richard qualified next to each other on the front row then blitzed the field for William to win a resounding victory with Richard coming in a few seconds behind in their +8s. 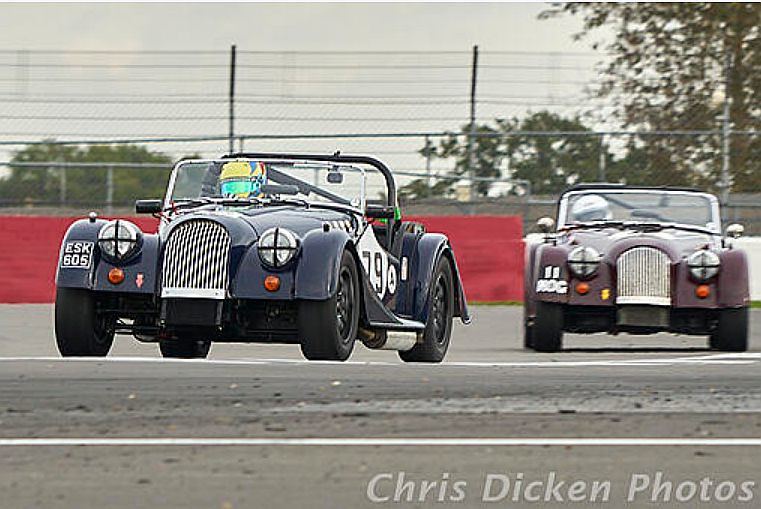 Thanks John and trust you are well?

Last weekend at the HSCC Silverstone finals meeting concluded the 70’s Roadsports championship for William in his 1972 Blue Plus 8 after a long season with eight overall wins against the likes of Porsche, Lotus TVR’s etc. Great to see a Morgan back out on top again in the 70’s and the first time he has had a go at this championship after winning the Historic Roadsports championship in my Burgundy Moss Box in 2017.

A bit part of the success is down to Chas Windridge (formerly MogSort and now retired) for keeping both our cars up to scratch and in fine fettle all season..

we couldn’t have done it without him.

It seems to astound many people that are not Morgan minded that Morgan’s are so quick and competitive. My stock answer is that we’re racing the same cars in the same specification as they did in period and look how well the Morgan’s did then in the 24 hour Willhire, Production Sports car etc etc by the likes of Steve Cole, Charles Morgan, Malcom Paul, Rob Wells, Mary Lindsay, Peter Garland, John Britten to name but a few.

This is a great result. Well done father and son!

Thanks Kelvin and will pass the message on to William.
Back to Historic Road Sports for me in 2022..
Regards
Richard
Top
Post Reply
24 posts