by Leigh Sebba
There is an annual Series 1 trophy presented at the annual Morgan Club dinner for the best competetive performance (trials, sprints, races, etc). As I recall it Mary won it that year. I said to her that the only event she did in the Series 1 was to practice for the relay - and that was thwarted when the car collapsed. She replied that that was more than anyone else did in a Series 1.

by TonyLees
Sadly it is all too easy to win that trophy in more recent times - come on you lot - get out there!
The series one trophy above all others IMHO is the Little Millie Trophy. Arthur Neal was a true gentleman.

by TonyLees
Hi John,
Sorry I did mean in club events as I know your series one is campaigned noon and night worldwide

See you at the POM 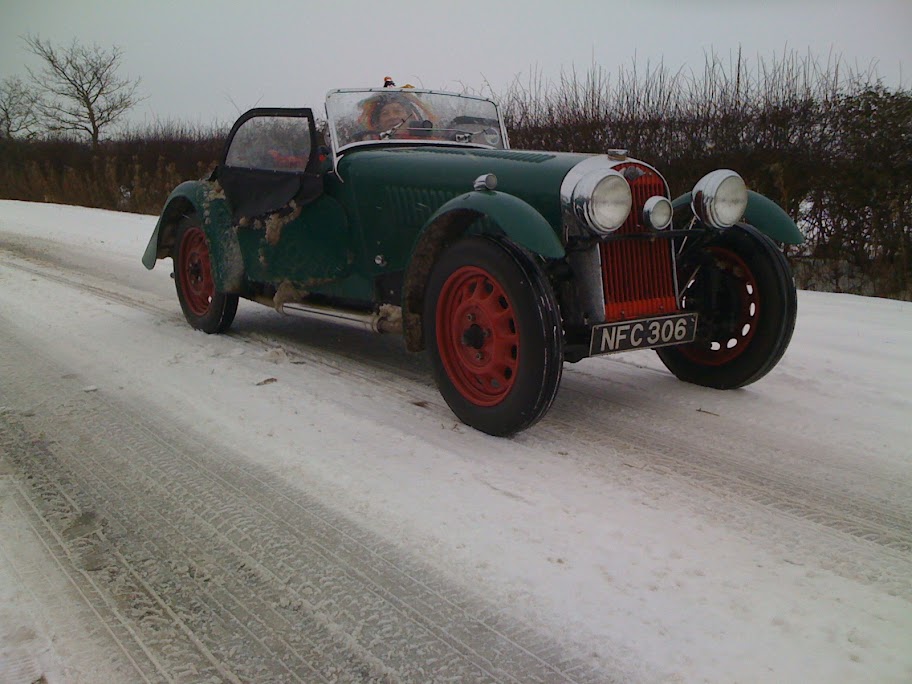 Who has the media rights

by Mark Braunstein
Hello. I finally and successfully found my way in! I would guess a bit of an introduction is in order. I have only one Series 1 at the moment, had two for a while, but finances crept into the picture, as did the wife. Previous car was a 1939 Roadster, Climax car. (I have attempted to post a small pic of the 39 at the end of this paragraph, but it may not show up, as I don't really know what I am doing.)

by sam campion
Hi
I have a series 1 4/4 from 1950 with a meadows box and standard special engine. I have been in the process of rebuilding it now for the last 30+ years though most of the time I have been getting married, changing jobs, producing children, building other things.

by TonyLees
Good to hear that there are some real Morgans out there!
You are welcome to come to sunny Leicesterhsire to see mine anytime.
btw I found LOADS of really interesting info here: http://www.gomog.com/allmorgan/44index.htm
Regards, Tony
All times are UTC+01:00
Page 2 of 2